My Great Uncle wasn’t a “great-uncle”, as in like one you loved to see, friendly, a role model, but a generational uncle, the husband of my mother’s aunt. And a prick.

My grandmother, my mother’s mother, who apparently held me as a baby but died while I was still very 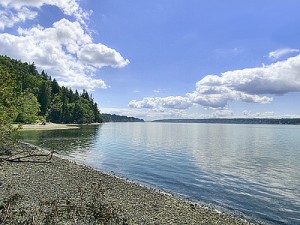 young, is nothing to me, not tangible at all. My grandfather very much resides in my memory. I don’t remember my grandmother at all, yet it comforts me to know that we did, at one point in life, meet. All I surmise about her is through her sisters, one of which I really liked (Alice) and one I didn’t much care for (Nora).

Alice was sort of the black sheep, and I got to know her when I was a child. She came and stayed with us for a few weeks, and it was very much a pleasure. I didn’t know at the time that in a way she was sort of traveling relative to relative saying her goodbyes, she knew she wasn’t long for this world. And again, I liked her a lot. You see, she remembered what it was like to see the world through the eyes of a child, and that remembering, in some small way, took her back in time to her own childhood. Her sister Nora, on the other hand…

Nora, as I mentioned, I did not like, not a bit. I’m sure if I met her as an adult, and with the modicum of patience I have developed over the years, I would probably enjoy listening to her endless stories, but as a child, no, no thank you. She’d go on and on with these stories told adult fashion, and she would recite the same stories over and over again, about growing up on the border of Minnesota and one of the Dakotas. But Nora also apparently had what I consider to be redeeming qualities, things I didn’t find out until many years after her death.

Nora had been a speakeasy patron and flapper, loved the Charleston contests. She was basically a party girl. I’ve talked about this before, and have even talked about it on air, and there’s no worse anti-smoker than a former smoker, no worse anti-alcohol person than a former drinker, no worse anti fun person that a former fun person, who by either trial and tribulation, or brain damage, or whatever, has completely forgotten what it is, what it’s like, to play. They get all judgmental, go into “A child is to be seen and not heard” mode (If I had a dime for every time I heard that while growing up) when really, children are, and will always be, the future, and need to be loved, taught, listened to, not all the time, but when it is important. Inspire children to be brave, dream big, and hunger for this big old world that will one day be theirs.

Now her Husband, Floyd Miller, had been a federal judge, a city councilman in Seattle from about 1956 to 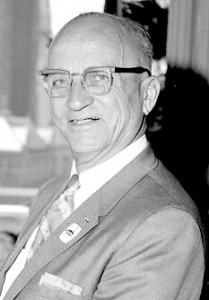 1969, at which time he was appointed Seattle’s mayor when the elected mayor was tapped for office by the Nixon administration. Sure, my great-uncle had known JFK, had all these connections and stuff, but the man was self-important prick.

When I was about 5 years old, his only words for me were “So, what do you want to be when you grow up?” He didn’t ask nicely, but in a judge-like way, fully expecting a serious answer, as well as a justification as to the choice. I was friggin FIVE!
I remember saying “I dunno”, but thinking something like ‘really? This jerk REALLY expects a 5 year old to have life goals SET at age five?’.  And you know what? He actually DID expect exactly that! “Why, when I was your age, I knew I wanted to be a lawyer, then a judge, knew it my whole life!” he says, berating this five year old on how he should have goals already set. I did not have the vocabulary at the time to put words to what I felt about this, only that it was inherently unfair.

I remember my folks taking me out to visit them, they lived not far from where I live now, at least in winter. They spent the rest of the year in Seattle in a high-rise most of the time, and on Vashon Island in a cabin and land “gifted” to him for all his years as a city councilman, and as a temporary mayor of the city in 1969.
When down here in California they lived in a double wide mobile home in the Sierra Dawn mobile home park, a 55+ park that was nicely kept, relatively new, and surrounded by golf courses, a favorite pastime of his besides being a Mason and also being a Shriner.
We’d drive out to visit, and they’d regale us with the same damned stories, each visit, and several times each visit, and he’d always bellow this seal bark sounding laugh, “hYAr hYAr hYar hYar” laugh at all the stupid stories while repeatedly pounding on the arm of his recliner, head thrown back violently at really lame stuff. Ugh.
We’d visit on their visits in Cali, and whenever we’d travel to Seattle to the high-rise or the island, and I could hardly wait to get out of there. Way more often than not I’d express enough eye-rolls or a smart ass non sequitur (or two. or five) to be told by my step dad that I’d be getting an ass whipping when we got home, all with mom’s approval. It never happened (I’d feign sleep, lol). But I realized much later, they did not like Nora and Floyd any better than I did. They went to visit for two reasons:
a) they felt duty bound, and
b) they wanted to be in the will.

My folks, my mom and step dad, weren’t overly materialistic people, like money grubbers, looking to score on anybody’s death anyway, or at least that’s how I have always seen them, being that way. Mom liked nice, but peculiar, stuff, true, and my step dad, though he bought quality every time pre-marriage, didn’t as much post marriage, so the thought of them kowtowing to folks they really didn’t like, acting as if they did, seemed utterly strange and foreign to me upon this realization.  However, seen through another prism, the fact that they were both products of the great depression, and the fact that other relatives with greater access to the great-uncle and aunt, and finally the fact that said relatives had a proven track record of actually campaigning for and getting priority and prominent places in relative’s wills, crowding out everyone else, I can certainly see why my folks made the effort, and were polite beyond reason.
Didn’t work though. My mom’s sister and brother-in-law got the high-rise condo in Seattle and the mobile home in California. Their oldest son got the balance.

Am I bitter? No, not at all. Even as a 5 year old and up I realized, knew, that they were lording stuff over my parents, I knew that he was a pompous ass and that both of them had long ago forgotten what living actually feels like.
This also formed my healthy dislike for awaiting death money from anyone. You know that guy in the night club with the hungry look, stalking around like a predator looking for sexual gratification? How sad he really is as far as being a wanting, hungry human being? Pathetic, really. That’s how ghouls who await another’s death appear to be to me, and I want no part of that.

On a last note, I do regret not being old enough, nor inquisitive enough, to try to delve into the mind and experiences of my great-aunt. The stories and gaps in information she could have filled are mind boggling. Not my “Oh the ‘Great War’, that was the big one, not the second one” imperious ass great-uncle, I couldn’t give a crap to anything he ever said. True all those years ago, true now.