The city of Hemet CA has a lot of problems, as does San Jacinto CA. 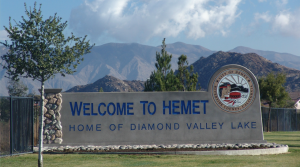 In fact, the whole valley does, however, it need not be fatal! Let’s examine what the problems are, and how we, as a community, can solve them. We need to find ways to improve our quality of life, our property values, our crime rate, and surprisingly, much of this is relatively simple to do. Not easy, just not as hard as some of the quitters think it is.
Believe it or not, there are solutions.

Oh, and don’t be bashful about chiming in with comments, suggestions, whatever. dialog is the first step.

The Downsides to Hemet Ca

First we have to recognize what is wrong, so we can formulate an antidote in order to make it right. This valley has crime, no two ways about it. And lots of stop signs. Hemet has transients and neer-do-wells on Florida Ave and elsewhere. The valley has few jobs, and very few opportunities for professional advancement. It has heat in summer, lots of retirees, and lots of people on social programs. The valley lacks freeway access, and train access for commuters.
It kind of reminds me of that old song lyric, “…yeah we got dogs and Valvoline, it’s a pretty damn good time…”
Hemet has challenges, to be sure, but what can we do?

The upsides to Hemet CA

There’s relatively inexpensive housing. The valley has a ton of land to build on. There is a dedicated, but understaffed, overworked, police force. Lots of sunshine. Orange groves out the wazoo, and immense beauty all around us, if one takes the time, and courage, to see it. There’s a deep, mostly agricultural, history here as well.
And there is a large actual, and potential, work force that would be stoked to earn their living in this valley. Many in this potential work force are on social programs, but would work if there were decent jobs locally.

Do you know why the folks at, say, Shell, or Wendy’s are so friendly? Helpful? Even though they make little? Because they want to keep their jobs. It’s because there are so very few here. Home Depot? That is the best we have in this valley? Walmart?

What does it take to fix Hemet CA and this valley? 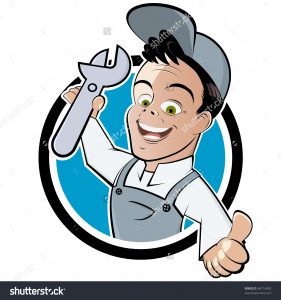 The first two things we need in this valley are a real highway in and out, and good paying jobs. Manufacturing is ideal, as we have a large trainable work force readily available.

What about Domenigoni Parkway? Well, sure, you can take that, but to where? Menifee?  THEN onto a freeway? Ramona Expressway? Fine if your goal in life is to drive to Perris, then onto a freeway.
No, we need something better, like Winchester Rd and up through Lambs Canyon to be a freeway, and make Ramona Expressway a full freeway that diverts north near Lake Perris in order to keep it a freeway. Get people into and out of the area quicker, then you can maybe bring in manufacturing businesses.

No business that makes things wants to have their trucks, and/or their customers, travel 15 miles to a freeway, that there is crazy talk!

Every city that has ever been grew around, and survived because of, one or more industries. New York, trade. Tombstone, silver mining, then tourism. Portland Oregon, timber, trapping, and shipping. Anywhere in the Silicon Valley, computer industry. Orange county? Aerospace, primarily, but before that, citrus.

The San Jacinto Valley? Citrus, farming, cattle, dairies. Most of these jobs are gone, and the dairies are remarkable models of efficiency, needing little help.

What else have you got? 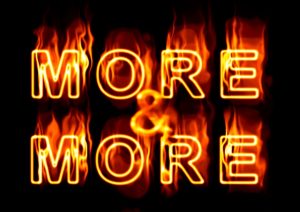 Quite a bit, actually. We have to lose the crime. Easier said than done, I get it,. However, we are overlooking some painfully obvious things.

Fixing Hemet CA also means fixing the crime rate, of course. What results from that? Higher property values, and that means more money in property taxes, which funds things like schools and police. “But Mr. Writer Man, I am a renter, I don’t pay property taxes.” Yes you do, you just don’t pay them directly.
“But why would I want to pay more?”
Look, the value of a property goes up pretty much yearly anyway, that’s one of the reasons your rent or house payment goes up yearly. By law property taxes cannot rise more than 2% a year, ever, thanks to Howard Jarvis and Prop 13 many years ago. Why not get the benefits from it? Better school, more police.

More money in property taxes means less special taxes levied. Remember Measure U? It passed, and now Hemites (Hemeters? Hemetarians?) pay an additional 1% tax. I felt this was completely necessary only because thinking would not change. It was unnecessary if the way the problem was perceived and tackled was changed. and thoughts, my friends, are free.
Arguments for Measure U were totally valid. From VotersEdge.org:

Arguments FOR measure U

Last year, Hemet Fire Department responded to 16,171 calls for medical, rescue and fire emergencies, the most per capita in California.

California State Audit found no malfeasance and validated that the lack of revenue has drastically impacted public safety.

More boots on the ground will force criminals to go elsewhere and keep Hemet safe!

Measure U provides opportunities to:

Measure U adds 1¢ to the sales tax on every dollar spent, generating $10 million annually providing opportunities for public safety, much of it paid by shoppers from outside our city.

Did you catch that?

All completely valid, except one thing I noted: It brought the specter of The Great Recession (2008/2009) into the mix. Straight scare tactic. Remind people of the horrors from 7, 8 years ago that we have largely recovered from. Yet they were right in a way, with this line in particular:

However, there are cheaper ways of approaching this than the myopia of more taxation. See, Hemet CA, indeed the whole valley, is a microcosm of California itself. Got a problem? Rule 1) Throw money at it. Don’t have a problem, see Rule 1.

Put code Enforcement back in action! Cite people for substandard yards. Fine folks who park on their grass. Yard overgrown with weeds got you down? Ding offenders. That non-op vehicle in the driveway? There’s a $300 ticket for not handing that too. Instant monies coming into the city coffers, but more importantly, these little nuisances go away. Remember what NYC police Chief Bratton said? “Take care of the little things and the big things will take care of themselves.” It is called the “Broken windows theory“. It works.

Loud music that goes on until 3AM? Call that in! Not only is it rude, it is disrespectful of each and every neighbor, but it is also illegal. I’ve heard the fine for that sort of behavior can reach as much as $1500. But let’s take that a little further; what does that sort of behavior do to a neighborhood, improve it, or harm it? For most homeowners, it hurts it, gives it a poor reputation. Why would anyone in Hemet CA, renter or owner, WANT to live in a neighborhood with a crappy reputation?

Overnight parking on residential streets, ban it.
WHAT?!?
Bear with me here, it’s been done. Claremont CA has had this ordinance for years. It exists just as much for the north (rich side) of town, as well as the south (poor) side of town, and it pays off.

What does this do? And isn’t unfair?
This prevent homes that are made for one family from being used for 2, 7, 12 families. It help ensure the per house density stays what it was designed, intended, to be. This ordinance prevents what are in effect “clown houses.” If you have a ton of people vying for any particular resource (like housing) you get friction. You get homes and neighborhoods that struggle rather than flourish. You get more crime.

That city states something like “Well, when cars are parked all over the street, the police officers have a harder time spotting the bad guys, like people casing houses, or breaking into houses.” True, at least a little bit, but primarily it stops people from having 9 cars parked at a home with a 3 car garage and space for 2 cars on the driveway.

Go to the bad parts of any city, such as Perris, and the one thing you will see pretty much any time is way more cars that there ought to in relation to the designed capacity of people.

Is it unfair? I don’t think so. I think allowing high crime is unfair. Besides, if you have a party, you simply call PD and let them know that X amount of cars are spending the night. That way no one is unfairly ticketed. Or towed. 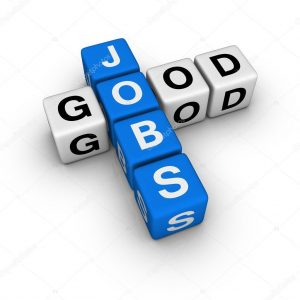 That right there is the trick. The area city leaders ought to be out there daily shaking hands and seeking jobs, glad-handing like obsessed crazy people, because that’s what it takes.
Transportation – We ought to be demanding highways in and out of town, Face it, this valley is like the ultimate bedroom community, just that many of the bedrooms are shabby!

Bring down crime – We ought, as a community, to be consistently reporting any and all crimes. I belong to all the local watch groups on Facebook, and so often I read something like “No, I didn’t report it, what are the po po going to do about it anyway.” Well, nothing, if you fail to report it, nincompoop!

Make it simple for businesses to relocate, and at the same time, make it simple and affordable to have housing starts. 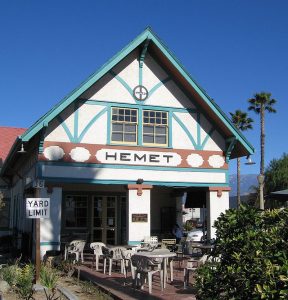 We need to embrace our great big valley, in addition to the beauty it posses, and all the hope towards the future it has.
Work local, if you can, and buy local. Get involved in the civics of it all, be a good part of the community, all for the betterment of the community.

After all, you live in it, right?

However, do remember, there is a whole lot more to here than you may realize. Read this article for more!