It’s been a while since I posted anything on here. As some of you know, I use YoureOn.net mostly more random stuff I have thought of, or seen, or heard, or what have you. I have Laughshop for funny stuff, Delightful Coffee for, well, coffee, and a bunch of other websites that have their own special things on them, all clean. What usually happens with YoureOn.net, formerly a video sharing site, is I’ll think of a topic, write it in my head, then never get to the writing area and the idea is lost. Not so today, today I’m loving Easter.

I am loving Easter. Why? I’ll tell you why.

I was just out and about. It’s the warm, clear day. The sun is bright, there’s a wind blowing, just as there always seems to be on Easter. I went to the local WalMart, has to get some cleaning stuff and lunch stuff for the next work week. 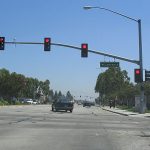 It’s the light traffic, like EVERY Easter, maybe 30% of the cars out and about as a normal Sunday. I saw only lone tractor trailer, and the amount of twats on the road was nearly nil, and by twats I mean people of any gender who cannot drive correctly nor courteously.
Bottom line, it’s the serenity in the world, and the serenity on the road.
See, here in California we have a legislature full of knuckleheads voted in by a bunch of knuckleheads. What makes then knucks? Or Nyuk Nyuks? They have never met a tax they did not like, and they seem to vote for more taxes. If it will cost everyone else, vote for it. Legislature and constituents (that’s the folks who vote for them).
I’m not given to political postings, diatribes, any of that crap, but really, enough is enough. We The People EARN our livings every single day, through blood, sweat, tears, toil, hard work for an honest buck, but these creeps in government this it’s THEIR money!

While out and about on this beautiful day I was thinking about the fact that Californians voted to raise the cigarette tax by $2 a pack, this for a LEGAL product. I was also thinking about the roads and the fact that they are a mess. this leads to the thought that our state law makers, the vast majority of which are democrats, (as is our flacid, addled governor Moonbeam) just voted to increase both the gasoline and diesel state tax by 12¢ to 18¢ per gallon (20¢ per gallon of diesel) as well as boosting vehicle registration taxes AGAIN by $75 to $175 per year. Why? To fix the roads!

Okay, sounds reasonable, no? Well, no.

Ok, so, the legislature  wants to fix the roads with that money. NO, see, we have already BEEN paying a large gas tax to FIX the roads and infrastructure, we have already paid these monies, and the state lawmakers have DIVERTED the funds each and every time to their own pet projects and social programs!!!! It has been so pervasive they even passed laws a couple times stipulating that stealing from the transportation funds is illegal will no longer happen. TWICE!

Now since I’m just an ordinary powerless slob there’s little I can do but scribble in frustration,I know that, but another thought I had while out in this glorious day was, so few tractor trailers, so few problems.

Every day on the way to work and home again I invariably notice that about 1 out of every 25 vehicles stuck in the gridlock is a semi, a tractor trailer heading into or out of town. God bless the trucking industry, as it keeps the store shelves full as well as our bellies. However those same trucks also take up an enormous amount of precious lane space sitting on our freeways during rush hour, and sitting there cannot be much fun for them either.

So, what about the 1984 Olympics? Yes, the LA region is trying to get them again, but I do remember back in 1984 the local governments, and I think the state as well, beseeching the trucking industries to stay off the freeways during rush hours. ALL the freeways moved so smoothly during the two weeks the Olympics were running that I could scarcely believe it! Why was this request made? So as to not embarrass our country with continual third world country traffic jams for athletes and dignitary’s from around the world to have to suffer through.

So, why couldn’t the Sacramento hacks pass a law that does some actual good for a change? Inconvenience a small populace, truckers, logistics companies and dock folks, by a few hours a day so that the vast majority of Californians can save time, money and WEAR AND TEAR on these now uber expensive roadways of ours.

Yes, I know, traffic is even heavier today than in 1984, but you know what? They have barely increased capacity at all since BEFORE 1984 to now, so all the more reason!
Here’s how it works: