Home Articles Who wants to be President?

Who wants to be President?

Who wants to be president?

Am I excited about the upcoming election and all the political posts people write?
No!
Anyone who’d actually want the job of president ought to be looked at as a kook. Even at the current pay level it’s a WAY under paid job for the responsibility, so what other reason is there to run for it? 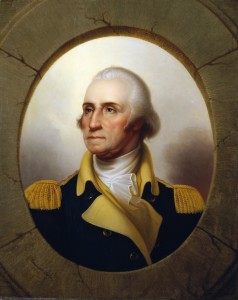 Who wants to be President

Prestige, sure, it’s a very small number of people who have held the office, and who knows, maybe your one day your pic will be on a bill or a coin or an aircraft carrier.
Live in a cool house, the White House? Yeah, definitely cool, but you don’t live in the whole thing, and have guards and such around all the time, so you lose virtually all your privacy.
The world’s attention is on you?
You’re very powerful?
Ah, there it is, the two reasons right there.
On the former, if you need massive attention, the whole world watching you, I think that says a lot about your mentality.
On the latter, you crave power, yeah, I think that says a lot about your mental make up too.
So to recap, you get paid good money by average joe standards, crap money by CEO standards, great benefits, a good pension and benefits for the rest of your life, but even with all that you’re a seriously underpaid egomaniac with your finger on a button that can end millions of lives, and about half your own countrymen will love you, about half with loathe you, and the rest of the world will try and make you bow in submission.
No thank you. If you want that job, you’re a kook. And no matter which candidate you post in favor of here, you gotta understand you’re really not going to change anyone’s mind.
~~~~~~
Added 2-21-15- Maybe the selection  process should be reality show like, people voting from the comfort of their living rooms. Think there’s fraud now, wow, watch it skyrocket!