Big Bear Snow 3. This set of photos, by the way, are pictures I took on a trip to Big Bear, Ca, a couple years ago. I had been on the mountain the previous day but had run out of time and light to get clear photos of all the objectives, having gotten lost several times… 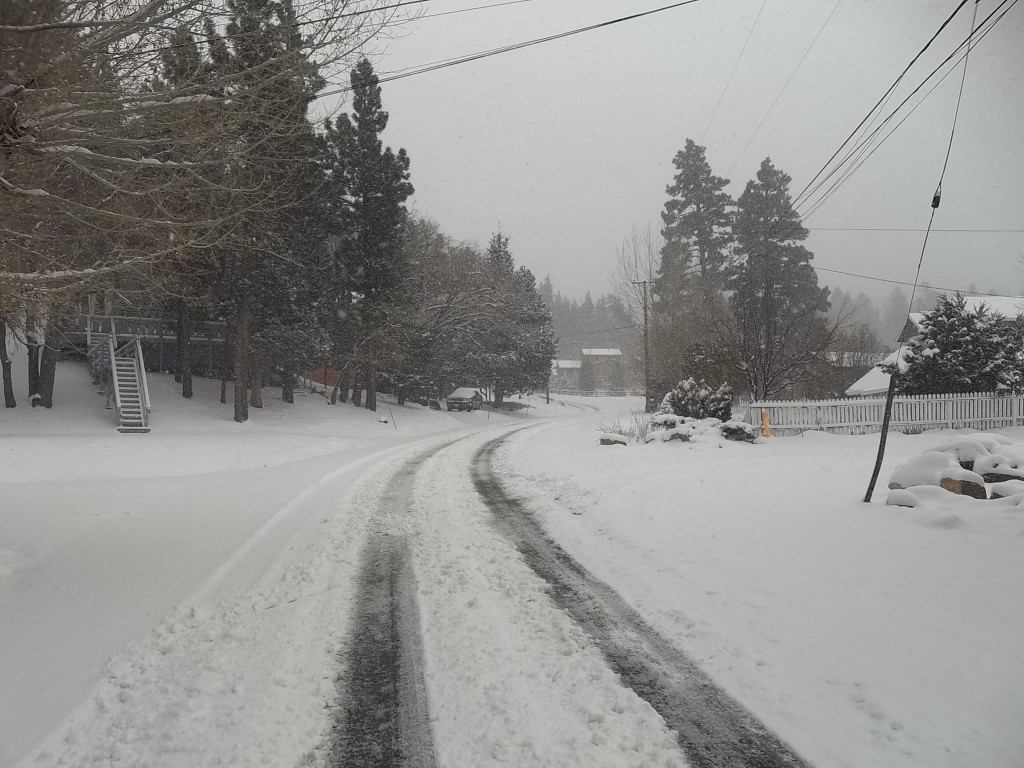 The final stop was so dark that I couldn’t get clear photos, so I had to return the following day. The first day up had been clear and warm with zero snowfall or snow on the ground, and I was not expecting snow at all, going up dressed in a t-shirt, shorts and running shoes. The second trip my boy, Scotty, volunteered to drive me up as he had the day off, and he wanted to test his new Jetta out on the mountain roads. He wasn’t prepared for snow either. In fact as we neared the target to be photographed his car began sliding down the hill in the ice, so I had to get out and walk the rest of the way in the snow. This picture was taken just after I had gotten out to begin walking. The target was just around the bend on the far left.