Home Articles How do we make solar work

In 2010, the average annual electricity consumption for a U.S. residential utility customer 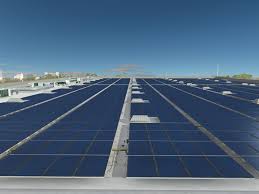 Using $5.00 per watt as a basis for calculating installation costs, each system costs $37,000 to install, excluding all rebates and tax credits for a 1000 kWh system, just above the national average 958 kWh used.

So we see a benefit for the homeowner, what benefit for all the other homes, people that did not receive the government money for self sufficient solar electric panels?

Lower electric rates due to the fact that many of these installs will dump surplus power into the grid. Also, a more reliable electrical service. A drop in solar system prices. Less dependence on foreign energy, which enhances national security. Cleaner air and water. Jobs.

More on how do we make solar work

Let’s talk some more about jobs, this time on the manufacturing side.
During the last solar “boom” (or bust) in the US, the vast majority of solar panels were coming from overseas, mostly from China, who, with their cheap labor can manufacture goods at a fraction of the cost that we can domestically. Since the solar bust there have been firms in China that have gone out of business for lack of sales.

Now, if we’re talking about 2 million plus homes getting solar panels installed, then economy of scale should kick in on the manufacturing side, making solar panels afford ably made domestically. That too equates to many more jobs. Thousands, potentially.
Inverters as well. Frames, concrete tiles, wires, maintenance, the list goes on.

The homeowner is given the money for the install based on:
1) their house is ideally situated to take full advantage of the solar installation.

2) The caveat that they will lose $50.00 a month, $600.00 a year in their nominal tax deduction. Why not $1200 a year? Because they need incentive to agree to the install and structural changes in the house, but also due to the fact that many, if not all, insurance companies will charge the homeowner additional monies for their coverage because of the solar panels. So offset that cost by $50.00 a month.

“Well, if they aren’t really gaining anything, what’s the incentive?” you may ask.

The incentive is that people who did not get the panels allowing their tax money to be given to the people who got the panel installations! Such as, lower electrical rates, more reliable electrical service, a drop in solar system prices, less dependence on foreign energy, which enhances national security, cleaner air and water, and jobs. However, there’s also the feel good benefit of doing something good for our planet and our children.

It’s not for everyone, for certain, but I think the benefits are very definitely worth it, for the economy, national security, and cleaner energy.

Elon Musk has unveiled a concept to put battery packs inspired by his Tesla cars into homes as battery packs that can power your house overnight, and guess what? No huge, dangerous lead acid batteries. Way to go Mr. Musk! That was probably the biggest missing piece in the whole solar puzzle.