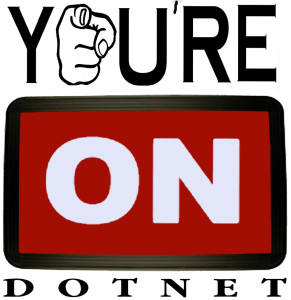 You’re On (YoureOn.net) has always been about doing your own thing and having fun doing it. As long as what you’re doing isn’t hurting anyone, why be all weird about it? Yes, have opinions, yes, spout them, if someone else doesn’t want to hear it, they don’t have to listen.

You’re On began as a means to share videos originally, and as we prepped to move to a different platform we realized the hundreds of thousands of videos we had actually had over the years, so we will keep video sharing to a point, but mostly as embeds rather than uploads. They take up too much disc space and bandwidth as uploads.

On our members left in the old server, sorry! They were shutting us down (couldn’t afford them any more, great folks though) and we were moving, so, yeah, would have loved to bring you along, but only so much room in the life rafts… There were about a thousand of you that went down with the ship. Sniff, thank you and good bye…

On the future. Video sharing, done that, radio portal, did that and failed big, blogs we shut down years ago because of bad guy spammers attacking the server, but we’ll bring that back too. Image sharing. Social networking. Yeah, we’re doing it.

So come, have fun, and do whatever. So long as nobody’s getting hurt, do it.